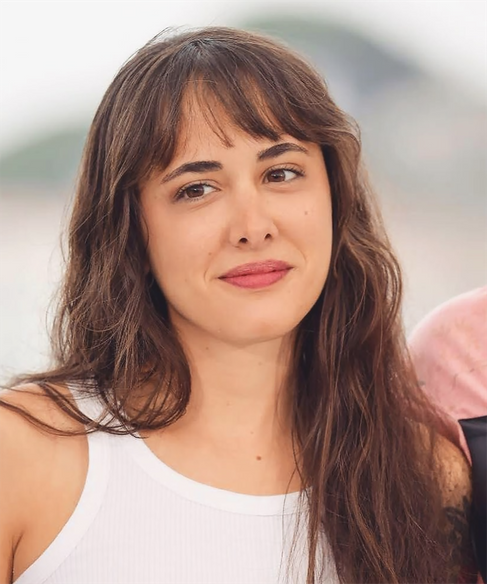 discusses her festival, her film and her vision

In three words, how would you define your Festival de Cannes 2019?

Also, what are your best souvenirs of Cannes?

One of my best souvenirs were actually watching films in the best cinema I have ever experienced and feeling a constant thrill. Everything was somehow new and quite epic. Whenever Le carnaval des animaux started playing, me and my DoP, Constanza Sandoval looked at each other with teary eyes. It never failed. Then we were like, ok, maybe we should chill down a little bit. But no, we couldn't. Everything was overwhelming and we decided to stay overwhelmed. We felt privileged. So I cannot relate the highlight of this experience with anything else but joyful and child-like excitement.

What is the story behind Monstruo Dios?

Monstruo Dios, for me, was a very personal delirium. Every component of the short film was took from something very specific, and somehow the real work was making it all ensemble together.

The motor of the idea started when I decided to go to the Mar del Plata Film Festival but had no money. So I was told of a random guy who was supposed to drive with his girlfriend to the festival and was looking for someone to join. We talked by text. We met up at an empty corner in San Telmo one morning. Suddenly, this old, dusty, noisy 90s grey car appeared. When I looked inside, I saw them. They were a punk-goth couple with their painted faces and spiky things. On the front mirror, doll heads were hanging. And, as I was traveling in the back with them and engaged in conversation, they started showing me amazing sensorial music albums and as I watched her from the back seat, I realized immediately that image was my new motor for something.

The idea of playfully experimenting the concept of a parallel God came mostly of my raising: as I had my father, who was Catholic and my mother, Jewish. So they decided to raise us atheist and never speak about God at home. So I always found godly faith weirdly fascinating, as something almost alien-like.

The imagery mostly comes from dreams and horror imagery, like Dracula's castle and others. But it was all a journey of embracing the feeling of "what felt right" and trying to let it reign. Because, in the end, very few things make actual rational sense.

What projects are you currently working on?

I just finished editing my first film, To kill the beast (Matar a la Bestia), this 2020. For now we are immersing ourselves onto the following steps of sound post, VFX and others.

I feel very blessed and privileged to have had the opportunity of completing this feature film. As I delivered the final edit, I promised I would stop making movies for a while because having no certainties is exhausting. But now, I found myself polishing a new script and finding it super thrilling. One step at a time.

Which short film made a distinctive impression on you in 2019?

Mainly, L'heure de l’ours by Agnès Patron. It was also in the Official Competition. I adored it because it resonated in me. Like our imageries connected. I found it deeply dark, moving and sensorial. Made me feel pain, feel tenderness, feel wind. And I'm not usually a super fan of animation. Yet I was and still am a fan of Agnès.