Cannes 2020 Special: The Jury for Short Films and the Cinéfondation film school competition 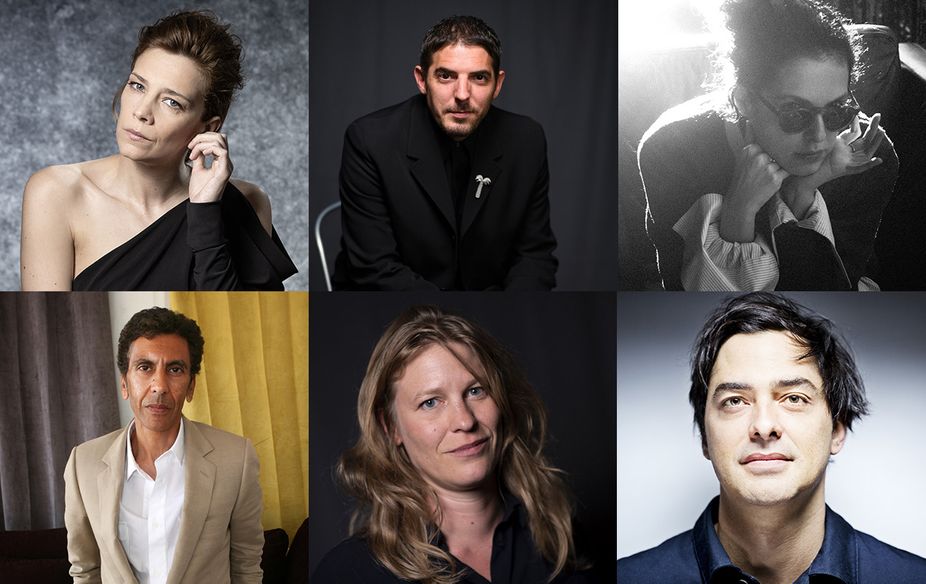 The "Cannes 2020 Special" event runs from 27 to 29 October 2020 and marks the Festival's return to its home turf, in a homecoming that puts the emphasis on short films and up-and-coming directors: as every year, the Jury for Short Films and the Cinéfondation film school competition will be awarding the Short Film Palme d'or to one of the 11 films in Competition, and the three Cinéfondation prizes to the best of the 17 selected films by film school students.

This year's Jury demonstrates complete gender equality (three women and three men), and will have no Chair for the very first time! The debates and discussions look set to be inspiring, as the Jury deliberates before choosing its winners.

The Jury is comprised of:

Claire Burger is a French director and screenwriter. Co-directed with Marie Amachoukeli and Samuel Theis, her first feature film, Party Girl, opened Un Certain Regard in 2014 and won the Caméra d'or. In 2018, Claire Burger wrote and directed C’est ça l’amour (Real Love), drawing on her own experience to craft a sensitive and moving portrait of a father played by Bouli Lanners.

Having emerged onto the scene in 2016 when Alain Guiraudie's Rester vertical (Staying Vertical, in which he played a wayward screenwriter) was screened at the Festival de Cannes, Damien Bonnard is now a familiar face in the French film industry. After working with Christopher Nolan (Dunkirk, 2017), he dazzled in Pierre Salvadori's comedy En liberté (The Trouble with You). In 2019, he starred in Ladj Ly's Les Misérables, which won the Festival de Cannes' Jury Prize and four Césars, as well as in J’Accuse (An Officer and a Spy) by Roman Polanski, which won the Venice Film Festival's Grand Jury Prize.

Rachid Bouchareb is a French director, producer, and screenwriter. He burst onto the scene as a short film director, before going on the found his 3B Productions production company. Throughout his career, he has tirelessly questioned history through his many feature films: Cheb, which won him an award at 1991's Festival de Cannes, Indigènes (Days of Glory), the film on everybody's lips in 2006, for which the entire cast was awarded the Best Actor Award, and Hors la Loi (Outside the Law), which saw him back in Competition in 2010. He went on to film an American trilogy: Just Like a Woman (2012), Two Men in Town (2014) and Belleville Cop (2018).

The company's strategy is clear-cut: to support and showcase incredible directors, and to put arthouse cinema back where it belongs, at the beating heart of the film industry. His productions have met with acclaim: Mustang by Deniz Gamze Ergüven had everybody talking in Cannes 2015 before going on to win four Césars, and Personal Shopper by Olivier Assayas won Best Director Award at the Festival in Cannes in 2015. Un couteau dans le cœur (Knife+Heart) by Yann Gonzalez was screened at the Festival de Cannes in 2018, as was Long Day’s Journey Into Night by Bi Gan, as part of Un Certain Regard.

Dea Kulumbegashvili is a Georgian director and screenwriter. Her first short film, Ukhilavi sivrtseebi (Invisible Spaces) was in Competition at the Festival de Cannes in 2014. In 2015, she worked on her first feature film, Dasatskisi (Beginning), at the Cinéfondation's Résidence. Showcased as part of the Festival de Cannes' 2020 Official Selection, the film has just been awarded the Golden Shell for Best Film and the awards for best director, screenwriter, and actor (Ia Sukhitashvili) at the San Sebastián International Film Festival. Beginning also won the Fipresci International Film Critics Award at the Toronto International Film Festival.

Multi-talented French actor Céline Sallette has starred alongside Philippe Garrel, Clint Eastwood, Jacques Audiard and Pascal Bonitzer. In 2012, her performance in L’Apollonide, souvenirs de la maison close (House of Tolerance) by Bertrand Bonello was showcased in Competition at the Festival de Cannes, and afforded her one César nomination and the Romy Schneider Award. In 2014, she returned to the Croisette for Geronimo by Tony Gatlif. Best-known for her performance in the series Les Revenants (The Returned), she also starred in Nos années folles (Golden Years) by André Téchiné (2017), and Un peuple et son roi (One Nation, One King) by Pierre Schoeller (2018).

► Discover the films that compete for the Short Film Palme d'or

► Discover the films by film school students of the Cinéfondation