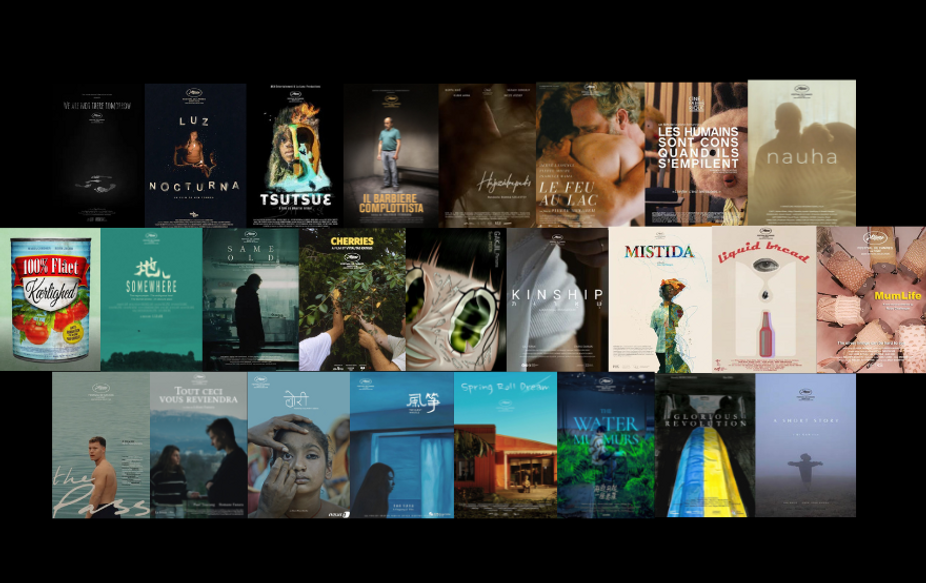 Running as part of the Festival de Cannes’ Official Selection, which shines a light on the very best cinema from around the world each year, the short films competition and La Cinef school film selection play an instrumental role in bringing emerging talent to light. In 2022, 9 short films and 16 school films were screened in Cannes, including 21 fiction films, 4 animated films and 5 début films, representing a total of 18 countries. Six months after their time in the spotlight at Cannes, what does the future hold for the 13 female directors and 12 male directors from the class of 2022?

November marks the end of the international film festival season and is an opportunity to look back on the journey made to date by the films in Competition from the short film and La Cinef 2022 selections. Having toured 21 festivals and 12 different countries, the Cannes 2022 short films and school films garnered a total of seven prizes and awards and featured in 37 selections around the world.

HAI BIAN SHENG QI YI ZUO XUAN YA (THE WATER MURMURS) by Jianying Chen, named Short Film Palme d’or winner last May at the Closing Ceremony of the 75th Festival de Cannes, as well as SAME OLD by Lloyd Lee Choi and UOGOS (CHERRIES) by Vytautas Katkus deserve a special mention, having been selected at five international festivals following the platform they enjoyed at Cannes.

MISTIDA, Portuguese director Falcão Nhaga’s début film from the La Cinef 2022 selection, stole the limelight at the IndieLisboa International Independent Film Festival where it won the EMEL Short Film Grand Prize, and at the Vila do Conde International Short Film Festival, walking away with the Award for Best Director in Take One! Competition, and the Award for Best Film in Take One! Competition for Portugal.

Another remarkable performance for a début film was GAKJIL (PERSONA) by South Korean director Sujin Moon, which won the Cristal for a Graduation Film at the Annecy International Animation Film Festival.

The full list of prizes and awards won by the short films in Competition and in the La Cinef 2022 selection: Picture of the film GLORIOUS REVOLUTION by Masha NOVIKOVA © FDC

The two last highlight events of the year are due to take place by the end of November:

The Stockholm International Film Festival is running from 9 to 20 November 2022. This year, the Swedish festival is highlighting films from Cannes’ short film selection and La Cinef with seven films due to be screened, all in the running for the best short film award. The short-list includes three films that have already won awards at Cannes:

Trailer of MUMLIFE by Ruby CHALLENGER

Finally, the 48th edition of the César Awards will take place in February 2023. The short films LE FEU AU LAC (FIRE AT THE LAKE) by Pierre Menahem and TSUTSUÉ by Amartei Armar have both been short-listed in the fiction short films category.