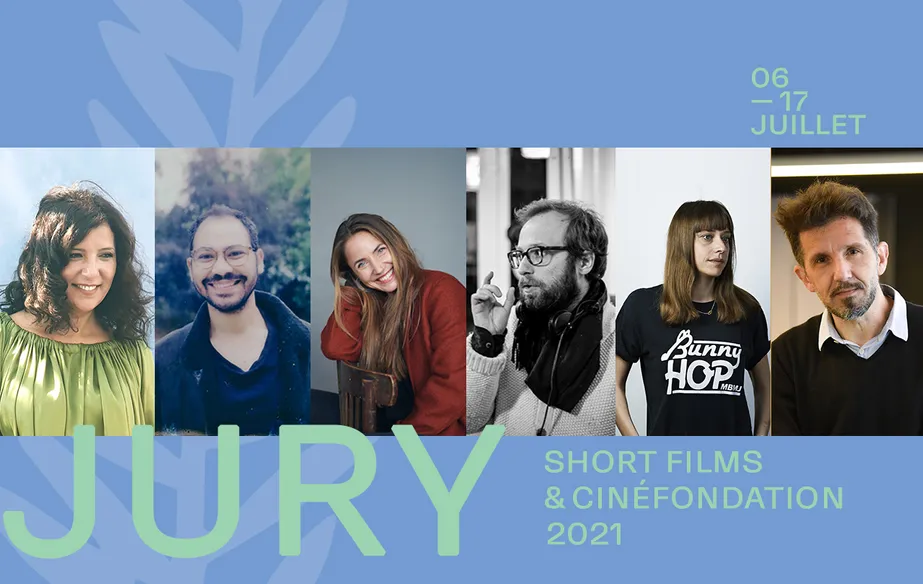 The Jury for Short Films and the Cinéfondation film school competition will be awarding the Short Film Palme d'or to one of the 10 films in Competition, and the three Cinéfondation prizes to the best of the 17 selected films by film school students. Just like in october 2020, the Jury demonstrates complete gender parity, three women and three men, and will occur without presidency.

This year, the selection committee has viewed 3739 short films.

These films presented on July 16th are all in the running for the 2021 Short Film Palme d’or, to be awarded at the Closing ceremony of the 74th Festival de Cannes on Saturday, July 17th.

For its 24th edition the Cinéfondation Selection of the Festival de Cannes has invited 17 directors: 8 women and 9 men. The 13 live-action and 4 animated shorts have been chosen from among the 1,835 submitted by film schools all over the world. Four schools make their first appearance at the Cinéfondation.

The diversity of the selection is also enriched by the cultural intermingling of filmmakers and schools: a Brazilian in Argentina, a Bulgarian in UK, a Chinese in Japan, an Islander in Denmark.

The jury will hand over the Cinéfondation prizes at a ceremony preceding the screening of the awarded films on Thursday, July 15th, in the Buñuel Theatre.